Due to the negative trail comments we bypassed this stage on ...
All reviews

avgust 31, 2020 · Community
Due to the negative trail comments we bypassed this stage on roads and gravel roads trying to find the shortest way down to Senj (around 40km). We picked up water at Hirtz hut, approx. 5l per person. Nice walk during night with moon light. If interested, gpx data are available (contact via wurzelkocher.ch).
prikaži više prikaži manje
Ostavi komentar

avgust 10, 2020 · Community
Similar as Eva I hiked this section using forest roads instead up until Krivi Put (got water from some people there). Nice views in the latter part under Alino Bilo. I feel bad for skipping the part on the ridge but wish that the trail association would make the original trail more accessible and post an update about it, I didn’t feel like spending hours on a bad trail after the last section that was bad as well.
prikaži više prikaži manje
Gotovo u avgust 09, 2020
Ostavi komentar

juli 01, 2018 · Community
Mostly easy walking on roads and forest trails. Very badly marked section but mostly easy to follow roads with map and gps. Trail coming down from Koloratske stijene overgrown. Skip the second peak (unnnamed) altogether - nice views over the sea, but the trail is pretty much nonexistent and hard to follow, not worth it. At the guest house took the bike trail to the right - it's longer but quicker since it goes around Alina Bilo. Couldn't check water in Krivi Put since two big dogs from the neighbouring house almost attacked me as I walked past the shelter. Again, on the forest trail before getting to the highway ran into a shepherd whose two big dogs also came at me very aggressively. Don't know if he's always there, but watch out for dogs anyway.
prikaži više prikaži manje
Ostavi komentar
Prikaži sve komentare prikaži manje 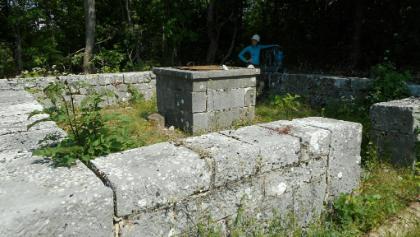 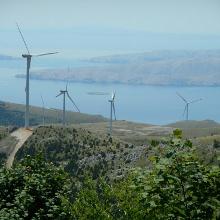 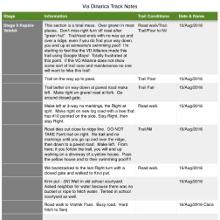