Unlike the section of central Velebit to the north, which is higher, but also characterized by grassland peaks with gentle terrain, the continuation of this ridge from Bačić kuk to Ljubičko brdo above Oštarije is completely different. Here, as in no other place in the area, we come across an orderly series of white limestone peaks, extending parallel with the Adriatic coast towards the southeast for almost 10 kilometers, rising out of the green forest cover and grassland karst valleys. The most prominent of these peaks are Bačić kuk, Kukaline, Butinovača, Kiza, Grabar and Ljubičko brdo. Along their northeastern base, we come across a series of wide karst depressions, with three most impressive among them known as dabri (Crni dabar, Ravni dabar and Došen dabar). The fourth prominent depression is known as Bačić duliba, and the fifth as Crna duliba. Unlike other rocky peaks of Velebit, the series of peaks known as Dabarski kukovi did not have a joint name for a long time; instead, they were eventually named by hikers, after the three prominent depressions at their base. A longitudinal tour of Dabarski kukovi is a true climbing achievement, although some ridges of Dabarski kukovi do have mountaineering markings.
moderate
Distance 17.1 km
Duration9:00 h
Ascent814 m
Descent858 m

On the way from Skorpovac to Baške Oštarije, we will continue following the Premužić Trail (4-5 hours of hiking); however, an interesting option is to take a tour of the marked hiking trails leading through the area of dabri (Došen dabar, Ravni dabar, Crni dabar), by using the markings of the Velebno Hiking Trail. From Skorpovac onwards, the Premužić Trail continues straight for one hour and a half of hiking to the base of the peak of Visibaba, along the terrain with increasingly prominent karst characteristics, but still largely covered in forest. Soon after Skorpovac, at the pass called Skorpovački prijevoj, the Premužić Trail is intersected by a gravel road, with a trail towards Velinac branching from it to the right (50 minutes of hiking). Below Visibaba, to the left, there is a steep trail branching towards Bačić kosa (20 minutes of hiking); from there, we can continue either towards Bačić kuk or towards Visibaba. Continuing along the Premužić Trail, we reach the pass of Dabarska kosa in 20 minutes of hiking, where we also come across a local road. From Dabarska kosa, we can take a marked trail to reach Ravni dabar and the mountain lodge of the same name in half an hour of hiking. If we continue along the Premužić Trail, on the other side of the road, we will get to Baške Oštarije in two hours and a half of hiking.

Baške Oštarije is a mountain settlement located on an important Velebit mountain pass with a road connecting the towns of Gospić and Karlobag. The mountain pass divides the central and the southern area of Velebit. Thanks to its accessibility, a range of interesting sites, Velebno Hotel and two mountain huts, the settlement of Baške Oštarije also serves as an excellent starting point for excursions to the peaks of Dabarski kukovi and to other peaks surrounding the picturesque field of Oštarijsko polje. The most interesting peaks of the area of Oštarije are Kiza, Ljubičko brdo and V. Sadikovac. However, the entire area has so many marked paths and trails with quite diverse levels of difficulty, that it is almost impossible to use all the hiking opportunities that the area provides. The mountain of Velebit is relatively narrow and low in this section; however, that in no way diminishes its attractiveness, since most peaks offer views of both the sea and the region of Lika in the hinterland.

Jérémy Bigé
July 08, 2021 · Community
Easy and fast trail to Ostarije (half a day). Took fresh water 1km north from the village near the road. Some kind snakes were swimming in the well 😉 Take as much as you can for the next part !
Show more Show less
Comment

Maxo Pl.
June 15, 2021 · Community
kamp velebit was great, they even took me to gospič to do my shopping, what a nice couple. good at the hostel was also good. you should do shopping too, you need food for like 6-7 days forthcoming!
Show more Show less
Comment
Show all reviews Show less 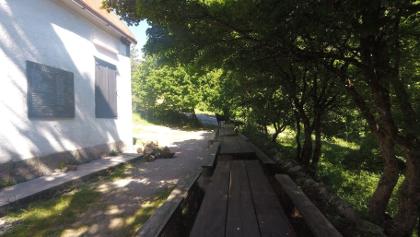 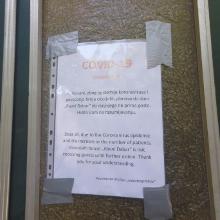 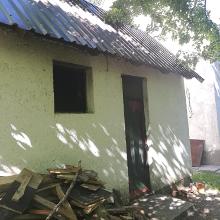 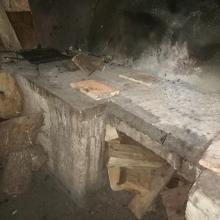