Beautiful stage. People at the powerplant were really kind. ...

Sven Nit
srpnja 31, 2021 · Community
Beautiful stage. People at the powerplant were really kind. Descent to the powerplant is marked but not always easy to follow and steep slippery. Trees give some shadow and safety
prikaži više prikaži manje
Komentiraj

Maruša Orel
srpnja 29, 2021 · Community
Nice and steep trail to the trail junction, where you go on Maglić. Spring at 8,8km but not the best one. You need a mug to take water from little stream. We slept in a tent close to that junction, but it wasn't really the best night, because a lot of cows and bulls (!) were around out tent the whole night, they were really next to the tent, few times they also touched it, they were running around, having some fights with each others and we were constantly scared that they will start to play with a tent. Good water sources at 11,4km and 14,6km. That picknick spot is great for a lunch, running water next to it. There is no place to pitch a tent, because it's in the middle of a village, unless you ask at someone's house. Source Mratinje water is also a good one. I don't know where are those several guest houses mentioned in previous comment, but I didn't see them!😤 I saw just the one that is mentioned in many comments and it's a little bit before Mratinje. We also saw a sign for another one close to that picknick place, but we didn't actually see that guest house. The color of Piva lake is stunning! I wanted to swim in it at that Piva bivouac place, but water smelled like cows dung and we didn't fell like going inside. There were 2 tents at that place, but no shade. We asked workers at Piva powerplant for water. Trail to Babići very very steep and tiring, but duable, signed good. A man and his mother live in one of the first houses you see, they have cows and goats, so you can ask them for water. The rest of the houses are holiday ones.
prikaži više prikaži manje
Gotovo u srpnja 26, 2021
Fotografija: Maruša Orel, Community
Komentiraj 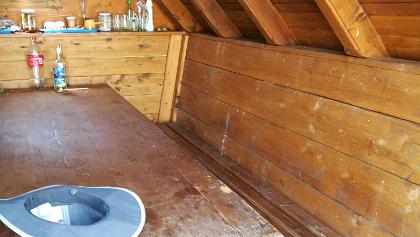 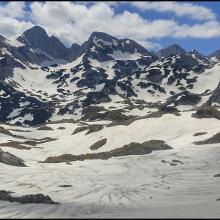 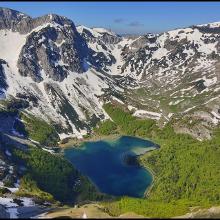 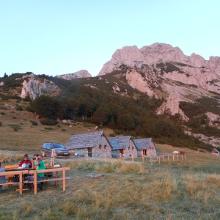