kolovoza 02, 2019 · Community
We started at Blidinje Lake and slept after having crossed the plane. On the second day we went till the Vilinac hut but there was no water (we went in July) so we decided to turn back and descend to the ski resort the same day. The views were nice and the trail well indicated. The descent was pretty adventurous and steep, especially with big backpacks. We had called in advance to know if there is water at the Plasa hut and they told us there is.
prikaži više prikaži manje
July 2019
Fotografija: Miriam Maeder, Community
Komentiraj

rujna 23, 2018 · Community
Blidinje to Jablanica Took a taxi from Jablanica for 40 Mark for two people. Lost the path at the beginning, but found it again on the 4x4 road. After 3km there is a crossing which isn't marked well. We went down to Masna Luka (near the monastry is a good water source) and then through the forest up. (This is not the one on the map) Path is well marked. Both ways lead to the same path again, though. Orlovaca Spring had water. Don't go straight up from the path at the closest point, but walk a bit further. There is a stone with a sign on it after 5 minutes. Mountain Lodge Vilinac is closed if you don't call in advance. They provide food as well. Guys were really friendly and helped us with further plannings. Spring a bit down from the hut is good. Next day we continued all the way down. Plasa Hut is closed as well if you don't call. Has rain water outside. Really nice path until you get to the 4x4 road (it starts earlier than marked on the map), this part is long and boring. Slept in Jablanica in a Restaurant, just ask around. Especially the second day was quite hard. Would recommend to do it in 3 days and organize either Plasa Hut or sleep in Plasa Shelter.
prikaži više prikaži manje
Gotovo u kolovoza 31, 2018
Komentiraj 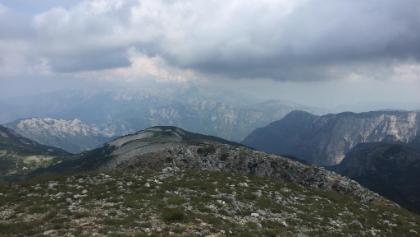 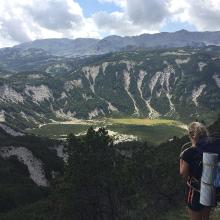