Tony Pretyman
септембар 11, 2021 · Community
Completed this section over two days with an overnight stay at Plasa Hut. I began my Via Dinarica trek at Lake Blidinje which I reached by taxi from Jablanica for 50 Bosnian Marks. The first day between Lake Blidinje and Plasa Hut took me around 9 hours which included an hour of lost time after I lost the trail near the Monastery. Most of this day was going up. Firstly through forests and then over exposed peaks. For the most part markings are frequent but there was a lack of signage at key junctions which often led to me following the wrong trail before I realised I was off the GPS track. The scenery once you get above the tree line is breath taking. I had booked with Vilinac Hut but they cancelled my booking three days before I was due to stay. Instead I managed to get the keys for Plasa Hut from Yusuf (Mountain club secretary) in Jablanica. Plasa Hut had a rain water tank, a wood burner fire, plenty of bedding, a basic kitchen and an outdoor toilet. I was the only guest. The cost to use the hut is 20 Bosnian Marks. Between Plasa Hut and Jablanica it was 4 hours down hill. Firstly, along a steep trail through the woods and then for the last 2 hours on a dull fire trail past the local garbage dump. I carried enough water to last me each day. Some of the GPS marked water sources were dry or seemed quite dirty.
Прикажи више Прикажи мање
Plasa Hut at dawn
Фотографија: Tony Pretyman, Community
коментаришите на

Sven Nit
август 13, 2021 · Community
Hiked in reverse.Very beautiful stage. (except the roadwalk an the huge are full of trash directly after Jablanica) The climb from Jablanica to Plasa Dom is exhausting but not steep or dangerous. Well marked and ok maintained. Slept at Villinac Hut, the host was super friendly and has food and drinks. Good water source there. At Plasa hut only rainwater. Descend to Blindinje was easy and well marked. Slept at Blidinje Mountain Hut wich is great.
Прикажи више Прикажи мање
коментаришите на

Paul Heilbronner
јул 11, 2021 · Community
We mixed the previous stage and this one in two days. Our plan was originally to stay at Vilniac hut but we realized it was too long so we camped on our way. We tried to call the hut to ensure the opening as the one in Blindije was closed. The man in charge called us back a little bit later ( he is almost the only one who did in a lot of hut we tried to call). Finally we reached the hut on our second day just before lunch time. The gardian cooked us a great meal of pasta who was very well welcomed. This is a very great stage even if the last part of the trail going down to Jablanica is a nightmare.
Прикажи више Прикажи мање
коментаришите на
Show all reviews Прикажи мање 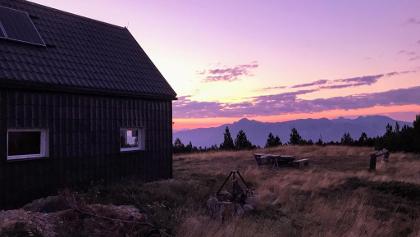 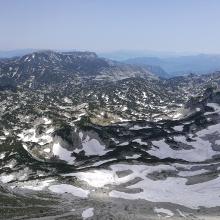 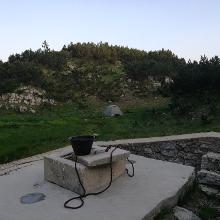 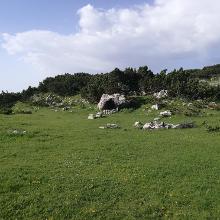